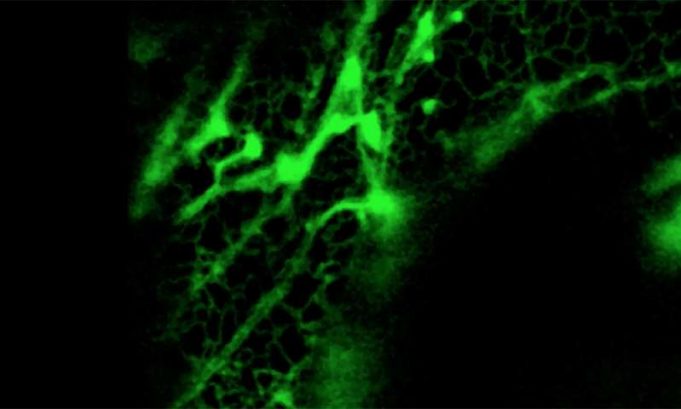 The discovery has been hailed as a “milestone,” and the journal Science called it “a watershed in metabolon research.” The paper, featured in a recent issue of Science, shows how plants activate complex mechanisms in concert to respond so efficiently to challenges in their environment.

“The praise comes from the fact that scientists have been looking for metabolons for 40 years,” said Bjoern Hamberger, Michigan State University synthetic biologist and co-author of the paper. “Revealing plants’ production mechanisms is the key to harnessing the medicinal powers of plants.”

Over the last four decades, scientists thought metabolons must exist because they couldn’t explain how enzymes worked together to defend plants from attacks with such high efficiency without the X factor of metabolons. Their ability to come together when an attack alarm sounds, combined with their phantom ability to disperse once their jobs were done, made metabolons impossible to pin down and dissect.

“Metabolons’ continuous ability to assemble and dissemble make them notoriously difficult to study,” Hamberger said, who was part of a team of former colleagues from the University of Copenhagen who led the study.

But now, using fluorescent fusion proteins, the team was able to illuminate the mechanisms and film them in live cells using microscopy. The molecular movies focus on the endoplasmatic reticulum, or ER, a cellular highway of tubular membranes and sacs, and capture the fast movements of metabolons along the ER.

“With our ghostly green grid, we’re able to document not just the movement of the enzymes along the ER, but also show that the entire stream is dynamic,” Hamberger said.

“We now have the blueprints to capture these structures, biosynthesize them and build the same pathways in other organisms.”

Finding the blueprints opens an exciting new door for Hamberger’s lab at MSU. For example, thunder god plant, used in traditional Chinese medicine, contains triptolide, which has been shown to effectively treat cancer and arthritis in animals.

Hamberger hopes to map triptolide’s metabolic pathway, bioengineer it into moss and produce triptolide in large quantities. Overcoming this hurdle will allow Hamberger to produce enough triptolide to be tested through clinical trials.

This is merely one direction this research could take. Triptolides are part of the terpenoid family. Terpenoids are used in other potent medicinal treatments, flavoring food and developing fragrances. Terpenoid’s versatility and plethora of products it could create, acts as a poster child of sorts for the field of synthetic biology.

“One of the goals of our field is to move the world away from being a petroleum-based society to one that is bio-based,” Hamberger said. “It will take a true interdisciplinary effort to move this field forward, and I’m hopeful that MSU will be a hotspot where this research is centered.”