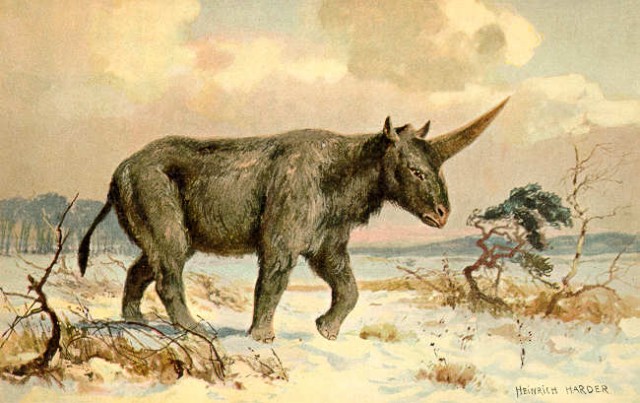 Unicorns really did once walk the Earth, and more recently than we thought, according to new research.

However, the unicorns aren’t like the ones you remember from that medieval tapestry or The Last Unicorn. They were more like fuzzy, clunky rhinos.

Originally researchers thought the last of the Siberian unicorns died out 350,000 years ago, according to Science Alert. But a new fossil, found in Kazakhstan and described in the American Journal of Applied Science, suggests the species survived a lot longer than we thought—until about 29,000 years ago.

The animals didn’t just look more like rhinos than horses, they were more closely related, as well. They were about 6 feet tall and just shy of 15 feet long, and had a single, huge horn protruding from between their eyes.

The researchers think that the Siberian unicorns responded to shifts in their environment by seeking refuge in the area south of Western Siberia.

According to Science Alert, understanding what led to the demise of the Siberian unicorn might help researchers prevent extinction events for modern animals.

Scientists Stunned by the Discovery of Sea Walnuts’ Buttholes