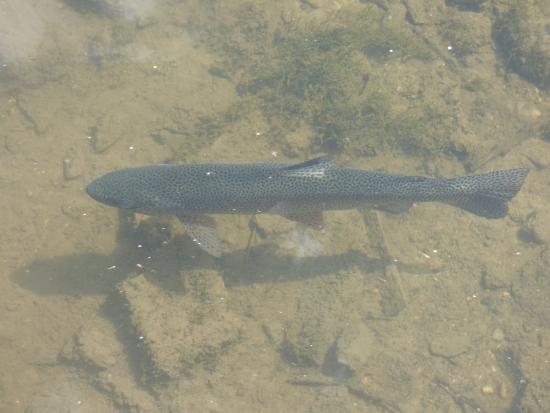 It has long been suspected that humans and the urban areas we create are having an important and surprisingly current and ongoing effect on evolution, which may have significant implications for the sustainability of global ecosystems.

A new multi-institution study led by the University of Washington that examines 1,600 global instances of phenotypic change — alterations to species’ observable traits such as size, development or behavior — shows more clearly than ever that urbanization is affecting the genetic makeup of species that are crucial to ecosystem health and success.

Their paper was published Jan. 2 in the Proceedings of the National Academy of Sciences. Lead author is Marina Alberti, professor of urban design and planning and director of the Urban Ecology Research Lab in the UW College of Built Environments.

She said the findings open new opportunities for advancing our understanding of the role of humans in Earth’s evolution: “By explicitly linking urban development to heritable traits that affect ecosystem function, we can begin to map the implications of human-induced trait changes for ecological and human well-being.”

Rapid urbanization, the researchers write, poses new challenges for species, some of which will adapt or relocate while others go extinct. With this study, they sought to learn whether signs of human-caused change could be detected across species in urban ecosystems worldwide, and to what extent humans and our cities and societies might be speeding up these changes.

They analyzed 1,600 observations of phenotypic change across multiple regions and ecosystems worldwide, in a geo-referenced database, looking to discriminate between such human-caused signals and natural baselines and “non-urban drivers.”

They also assessed the relative impact of several human-caused “urban disturbances,” including the acidification and pollution of lake habitats, the relocation of animals, heat and effluent associated with a power plant, long-term harvesting of certain medicinal plants even the apparent effects of global warming on the reproductive patterns of birds.

They propose that “urban-driven contemporary evolution” will affect sustainability from the level of the urban ecosystem to the planetary scale.

“The significance of these changes is that they affect the functioning of ecosystems,” Alberti said. “They may inhibit the ability of seeds to disperse, cause exposure to infectious diseases, or even change the migratory patterns of some species.”

Some examples of this include:

Alberti’s UW co-authors are John Marzluff, professor of environmental and forest sciences, and Victoria Hunt of the Department of Urban Design and Planning.

Marzluff said, “Our findings of rapid and substantial adjustment by many plants and animals to the challenges of living in an increasingly urban world demonstrate the power of natural selection where we live, work, worship and play.”

But he added that the research also offers hope to those interested in conserving biological diversity: “Certainly many species have been, and will continue to be, extinguished by human action, but we reveal how others are evolving the necessary strategies and physical characteristics to coexist with humanity.”

The research, Alberti concluded, calls for a new collaboration among evolutionary biologists, conservation biologists and urban scientists to better understand how humans may affect evolutionary processes and to inform conservation strategies to steer such changes toward a desirable future.

Members of this research team published a review paper in an issue of the Philosophical Transactions of the Royal Society B on the theme of human influences on evolution. The summary to that series recalls Charles Darwin’s century-old comment on evolution that “we see nothing of these slow changes in progress, until the hand of time has marked the long lapse of ages.”

The authors of the series added: “Now, however, we have a completely different view. Rapid evolution is occurring all around us all the time. Many of the most extreme examples of rapid evolution are associated with human influences, leading to the oft-repeated assertion that humans are ‘the world’s greatest evolutionary force.'”

Alaska volcano propels ash more than 20,000 feet into the air