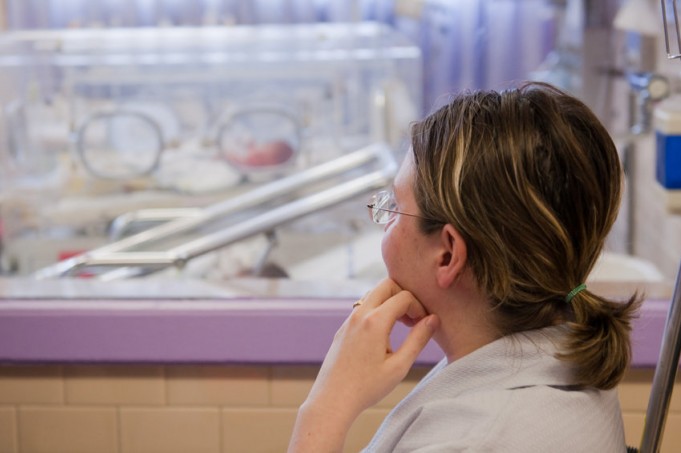 Wealthier individuals have a lower mortality rate than poorer people. The common assumption that this effect has intensified in recent years is rebutted by a current study from the University of Zurich.

Life expectancy and mortality are distributed unequally across social classes. That is the conclusion of many studies which point to the increasing differences in the life expectancy of persons in wealthy regions in the USA as opposed to those in poor regions.

According to the researchers, income inequality is leading to inequality in health and life expectancy. But a more discerning look at the mortality rates shows quite positive trends. For example, between 1990 and 2010, the differences in the survival chances of children and young adults from different regions in the USA decreased.

Today, disadvantaged children have much better survival chances, as Hannes Schwandt from the Department of Economics at the University of Zurich together with Janet Currie from Princeton University demonstrate in the current edition of Science.

Between 1990 and 2010, the infant mortality rate decreased in all US regions, with the most pronounced improvement taking place in the poorest counties. In 1990, out of every 1,000 newborn males in the poorest regions of the USA, 18.3 died before reaching their third birthday. This figure fell to 9.8 by 2010, a reduction of 8.5. In the wealthier regions, the figure dropped by 4.3 over the same period (from 9.8 to 5.5).

According to the authors of the study, this decrease in inequality between rich and poor regions in terms of the mortality rate can be observed up to the age of around 40. For middle-aged people, the mortality rate in poor and rich regions drops approximately by the same degree, with the inequality in mortality increasing again for older people.

“The youngest persons in the poorest regions are visibly benefiting most and fastest from welfare improvements, while older people have a health history that is influenced by the past,” explains Hannes Schwandt. He assumes that the inequality in mortality among older people will also decrease in the future in line with improved living conditions.

The mortality rate per age group is relevant

In general, earlier studies on mortality rates were based either on the influence of income or education on survival probabilities in middle or old age or on changes in life expectancy at birth. Those studies either focus on just one section of the population or are based on the cumulative effects of the past, and are valid only for as long as the influencing factors remain constant.

Life expectancy as a figure is not a good predictor for the number of years that a member of a certain group will live. It makes more sense to analyze the development of the individual age-specific mortality rates.

That’s how Hannes Schwandt explains the significance of the approach taken for the study.

Researchers say results should be considered when designing iPSC therapies