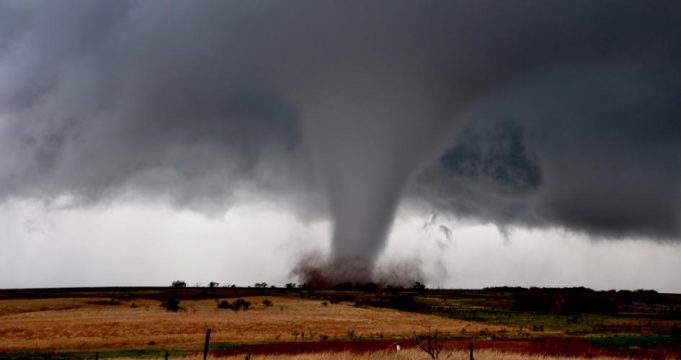 The frequency of large-scale tornado outbreaks is increasing in the United States, particularly when it comes to the most extreme events, according to research recently published in Science.

The study by researchers including Joel E. Cohen, a visiting scholar at the University of Chicago, finds the increase in tornado outbreaks does not appear to be the result of a warming climate as earlier models suggested.

Instead, their findings tie the growth in frequency to trends in the vertical wind shear found in certain supercells a change not so far associated with a warmer climate.

“What’s pushing this rise in extreme outbreaks, during which the vast majority of tornado-related fatalities occur, is far from obvious in the present state of climate science,” said Cohen, the Abby Rockefeller Mauzé Professor at Rockefeller University and Professor of Earth and Environmental Sciences at Columbia University, who conducted the research while a visiting scholar in UChicago’s Department of Statistics.

Tornado outbreaks are large-scale weather events that last one to three days, featuring several thunderstorms and six or more tornadoes in close succession.

In the study, the researchers used new statistical tools, including extreme value analysis a branch of statistics dealing with deviations to analyze observation-based meteorological estimates associated with tornado outbreaks together with National Oceanic and Atmospheric Administration datasets.

“Viewing the data on thousands of tornadoes that have been reliably recorded in the United States over the past half-century as a population has permitted us to ask new questions and discover new, important changes in outbreaks of these tornadoes,” Cohen said.

To understand the increased frequency in tornado outbreaks, the researchers looked at two factors: convective available potential energy, or CAPE, and storm relative helicity, which is a measure of vertical wind shear.

Earlier studies had projected a warming climate would increase CAPE, creating conditions favorable to a rise in severe thunderstorms and potentially tornado outbreaks. But Cohen and his colleagues found the increases in outbreaks were driven instead by storm relative helicity, which has not been projected to increase under a warming climate.

“Our study raises new questions about what climate change will do to severe thunderstorms and what is responsible for recent trends,” said co-author Michael K. Tippett, an associate professor at Columbia University’s Fu Foundation School of Engineering and Applied Science.

“The fact that we didn’t see the presently understood meteorological signature of global warming in changing outbreak statistics for tornadoes leaves two possibilities: Either the recent increases are not due to a warming climate, or a warming climate has implications for tornado activity that we don’t understand.”

Climate change may prevent volcanoes from cooling the planet