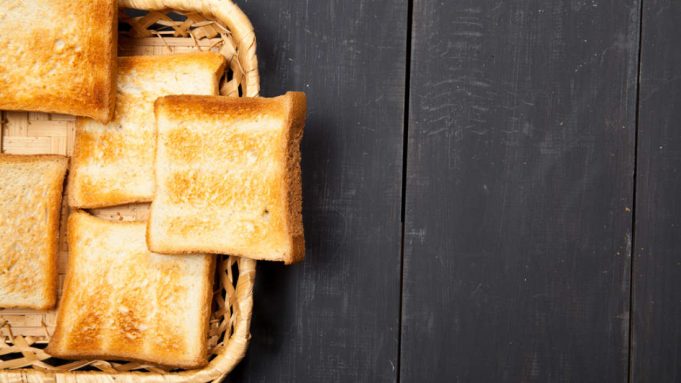 The research this is based on was conducted in animals, and is unproven in humans, but really points to the need for people to simply eat a more balanced, healthier diet.

The advice hinges on a particular chemical, which animal studies have suggested may contribute to cancer. Known as acrylamide, it is produced when starchy foods are heated to high temperatures, generally above 120°C (250°F) through roasting, toasting, and frying. It is this chemical that gives the food its characteristic brown color, as well as delicious flavor, but it is also implicated in causing cancer.

When acrylamide is consumed, it gets converted into something called glycidamide, which in turn can bind to DNA and induce mutations. In animal models, it has been found that the more acrylamide they consume, the higher the risk of cancer, and while this link has not been found in humans, it is assumed the same process occurs. Because of this, the UK’s Food Standards Agency (FSA) has recommended that people should consume lower amounts of the chemical.

They have launched new advice to “Go for Gold”, suggesting that people should be cooking their potatoes and bread to be a light golden color rather than a deep brown, as a means of reducing the levels of acrylamide eaten. But fear not, even if you prefer your potatoes to be crispy, then you could also simply limit your intake of the chemical just by eating fewer of them.

“Our research indicates that the majority of people are not aware that acrylamide exists, or that they might be able to reduce their personal intake,” explained Steve Wearne from the FSA. “We want our ‘Go for Gold’ campaign to highlight the issue so that consumers know how to make the small changes that may reduce their acrylamide consumption whilst still eating plenty of starchy carbohydrates and vegetables as recommended in government healthy eating advice.”

The FSA is also working with industry to lower the amounts of acrylamide found in processed foods, such as crisps, biscuits, crackers, cakes, and coffee, and has already seen a 30 percent reduction in the chemical across all products sold in the UK.

While the link is still unproven in people, Cancer Research UK has recommended that if you are particularly worried about it, then the easiest thing to do – as always – is eat a healthy balanced diet, as well as the other frequent calls to stop smoking, and drink less.

Soon we may see the end of HIV