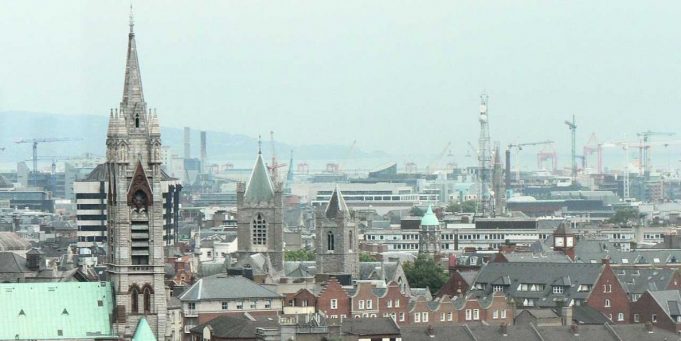 Ireland is close to becoming the first country in the world to completely divest from fossil fuels, thanks to a new bill recently passed by the Irish Parliament.

If set into law after review, the vote – which passed with 90 to 53 votes last Thursday – would halt public funding of fossil fuels like coal, oil, and gas from the €8 billion (US$8.6 billion) Ireland Strategic Investment Fund.

“This principle of ethical financing is a symbol to these global corporations that their continual manipulation of climate science, denial of the existence of climate change, and their controversial lobbying practices of politicians around the world is no longer tolerated,” Deputy Thomas Pringle, who introduced the bill, told the media.

“We cannot accept their actions while millions of poor people in underdeveloped nations bear the brunt of climate change forces as they experience famine, mass emigration, and civil unrest as a result.”

At this stage, the bill still has to be signed into law after review. If it passes, the Ireland Strategic Investment Fund would have to drop all investments in fossil fuel companies over the next five years.

This means public money would stop going towards energy juggernauts like Exxon. It would also bar the country from investing in fossil fuel companies in the future.

There’s been no word just yet about where the freed-up funds will be used, though the Sustainable Energy Authority of Ireland (SEAI) would be a good fit.

The move has been applauded by environmental groups throughout the country.

“The Irish political system is now finally acknowledging what the overwhelming majority of people already know: that to have a fighting chance to combat catastrophic climate change, we must phase out fossil fuels and stop the growth of the industry that is driving this crisis,” Éamonn Meehan, executive director of the Catholic poverty charity Trócaire, told the Belfast Telegraph.

The bill would also mark the first time an entire country divested totally from fossil fuels, though some countries have started marching toward that end goal already.

Back in 2015, Norway decided to divest from coal, pulling out a whopping €7.4 billion (US$8 billion) investment from their sovereign wealth fund. But the country has yet to fully divest from fossil fuel interests.

Besides taking on the funding of fossil fuel companies, the Irish parliament is also starting to examine their relationship with fracking – a controversial process to obtain natural gas from deep inside underground rock beds by using water to force it to the surface.

At this stage, it’s not clear what will result from that meeting, but it’ll be interesting to see how the world reacts to Ireland’s clear move away from fossil fuels.

The 2017 BMW i3 withupgraded battery for 50% more driving range!