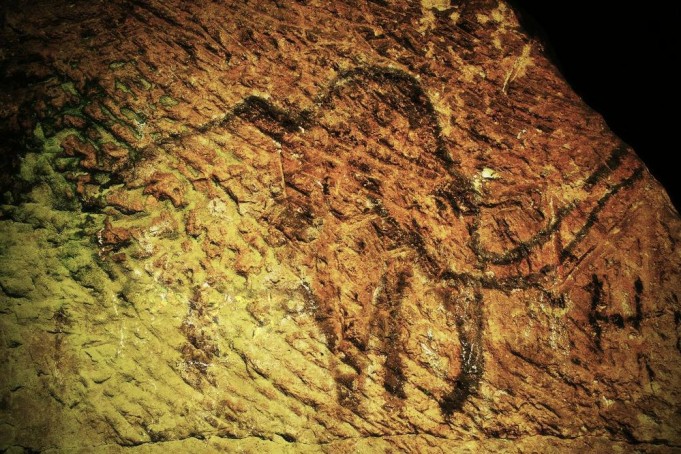 Homo sapiens, the ancestor of modern humans, shared the planet with Neanderthals, a close, heavy-set relative that dwelled almost exclusively in Ice-Age Europe, until some 40,000 years ago.

Neanderthals were similar to Homo sapiens, with whom they sometimes mated but they were different, too. Among these many differences, Neanderthals were shorter and stockier, with wider pelvises and rib-cages than their modern human counterparts.

But what accounted for these anatomical differences? A new Tel Aviv University study finds that the Ice-Age diet a high-protein intake of large animals triggered physical changes in Neanderthals, namely a larger ribcage and a wider pelvis.

According to the research, the bell-shaped Neanderthal rib-cage or thorax had to evolve to accommodate a larger liver, the organ responsible for metabolizing great quantities of protein into energy. This heightened metabolism also required an expanded renal system (enlarged bladder and kidneys) to remove large amounts of toxic urea, possibly resulting in a wide Neanderthal pelvis.

Seeing evolution from a new angle

“The anatomical differences between the thoraxes and pelvises of Homo sapiens and Neanderthals have been well-known for many years, but now we’re approaching it from a new angle — diet,” said Prof. Avi Gopher. Prof. Gopher, Prof. Ran Barkai and PhD candidate Miki Ben-Dor, all of TAU’s Department of Archaeology and Ancient Near Eastern Cultures, co-authored the study, which was recently published in the American Journal of Physical Anthropology.

“During harsh Ice-Age winters, carbohydrates were scarce and fat was in limited supply. But large game, the typical prey of the Neanderthal, thrived,” said Ben-Dor. “This situation triggered an evolutionary adaptation to a high-protein diet an enlarged liver, expanded renal system and their corresponding morphological manifestations. All of these contributed to the Neanderthal evolutionary process.”

“In a 2011 paper, which dealt with the demise of Homo erectus in the Levant, we had already tapped into the notion that diet played a major role in human evolution,” said Prof. Barkai. “We argued then that high fat consumption was one of the most important solutions to the predicament presented by human evolution.

Humans are limited in the amount of protein they are able turn into energy protein provides just 30 percent of their overall diet. The solution, therefore, was to consume more fat and more carbohydrates when they were seasonally available.

“We found that, in the case of the Neanderthals, an acute shortage of carbohydrates and a limited availability of fat caused their biological adaptation to a high-protein diet.”

The proof in the dietary pudding

According to the researchers, the total dependence of Neanderthals on large animals to answer their fat and protein needs may provide a clue to their eventual extinction, which took place at the same time as the beginning of the demise of giant animals or “Megafauna” in Europe some 50,000 years ago. The team is now researching this subject.