TopScience
Home Space & Physics Hawking and friends aim to develop a “nanocraft” that will travel at... 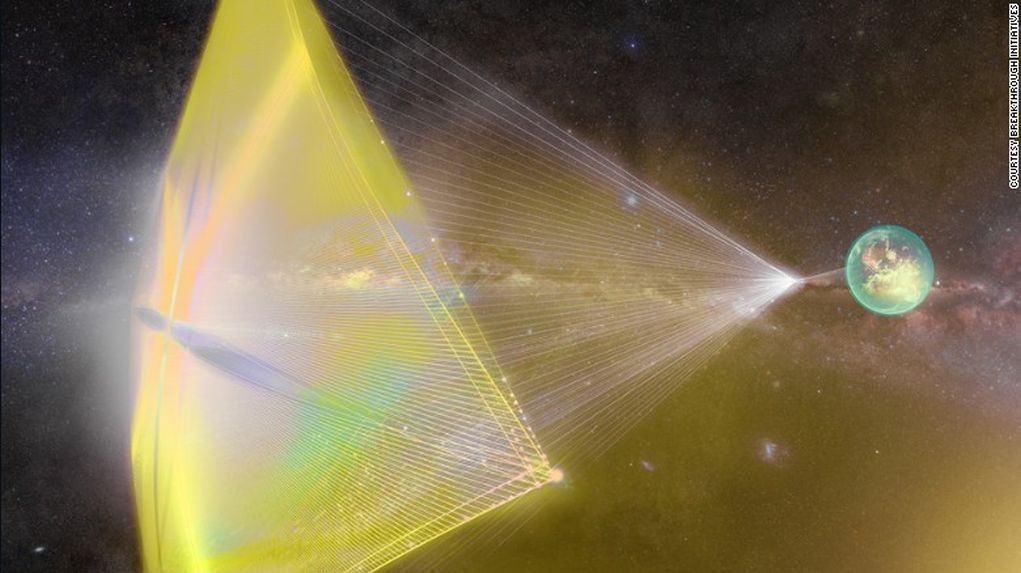 “Today, at the One World Observatory in New York City, Yuri Milner and I launched a mission to the stars. Mark Zuckerberg lent his support by joining the board of our new initiative, Breakthrough Starshot.

Within the next generation, Breakthrough Starshot aims to develop a ‘nanocraft’ – a gram-scale robotic space probe – and use a light beam to push it to 20 percent of the speed of light. If we are successful, a flyby mission could reach Alpha Centauri about 20 years after launch, and send back images of any planets discovered in the system.

Albert Einstein once imagined riding on a light beam, and his thought experiment led him to the theory of special relativity. A little over a century later, we have the chance to attain a significant fraction of that speed: 100 million miles an hour. Only by going that fast can we reach the stars on the time-scale of a human life.

It is exciting to be involved in such an ambitious project, pushing the boundaries of ingenuity and engineering” write Dr.Hawking on his facebook

Imagine hundreds of spacecraft the size of a butterfly, propelled by light beams at record-shattering speeds and journeying to distant stars 4.37 light years away — far deeper into space than human-built probes have ever ventured. 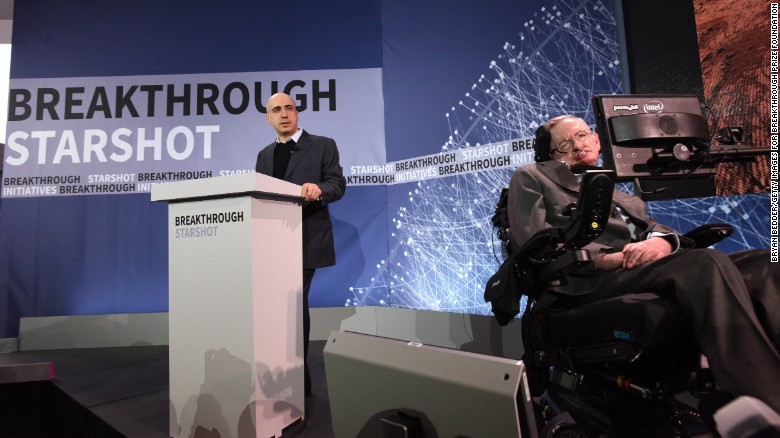 It’s arguably the most ambitious space exploration project in history, and it may not be completed in our lifetimes.But if anyone can pull it off, it’s these guys.Some of the world’s most brilliant minds, including physicist Stephen Hawking and Facebook founder Mark Zuckerberg, are behind a $100 million program to send tiny “nanocraft” to explore Alpha Centauri, our nearest star system.
“Today, we commit to this next great leap into the cosmos,” Hawking said alongside billionaire entrepreneur Yuri Milner at a press conference Tuesday in New York. “Because we are human, and our nature is to fly.”
Hawking, Milner and Zuckerberg make up the board of directors for the mission, which is called Breakthrough Starshot and seeks to apply Silicon Valley ingenuity to space travel. The project is led by Pete Worden, former director of NASA’s Ames Research Center, and advised by a committee of top scientists and engineers.
Their plan goes like this: They hope to build hundreds of little space probes, each weighing just a few grams and carrying cameras, photon thrusters, power supply, navigation and communication equipment. A rocket would ferry these nanocraft into space, where they would unfold tiny sails.

Powerful laser beams from Earth would then push the sails, propelling the little nanocraft up to 100 million mph — that’s 20% of light speed, far faster than today’s spacecraft can travel — to Alpha Centauri, where they would collect images and other data and beam them back to Earth.
Project leaders estimate that today’s fastest spacecraft would take about 30,000 years to reach the Alpha Centauri star system, some 25 trillion miles away. But they believe these nanocraft could fly more than 1,000 times faster, which would allow them to reach Alpha Centauri in about 20 years.
The project’s leaders admit they face big engineering challenges, and that any launch is many years and billions of dollars away. But they say their plans are based on technology that already exists or is likely to become available soon.
They also plan to ask the world’s scientists for their help by posting public-domain research and soliciting ideas online.

Rosetta’s comet has been changing colour