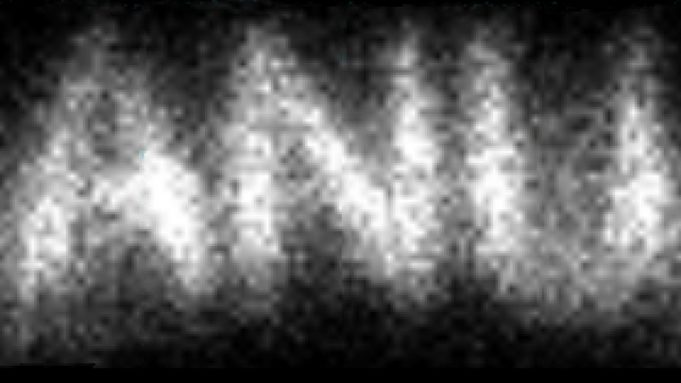 A team of physicists at The Australian National University (ANU) has used a technique known as ‘ghost imaging’ to create an image of an object from atoms that never interact with it.

This is the first time that ghost imaging has been achieved using atoms, although it has previously been demonstrated with light, leading to applications being developed for imaging and remote sensing through turbulent environments.

The atom-based result may lead to a new method for quality control of nanoscale manufacturing, including atomic scale 3D printing.

The pairs were separated by around six centimetres and used to generate an image of the ANU logo.

“One atom in each pair was directed towards a mask with the letters ‘ANU’ cut-out,” Associate Professor Truscott said.

“Only atoms that pass through the mask reach a ‘bucket’ detector placed behind the mask, which records a ‘ping’ each time an atom hits it.

The second atom in the pair records a ‘ping’ along with the atom’s location on a second spatial detector.

“By matching the times of the ‘pings’ from pairs of atoms we were able to discard all atoms hitting the spatial detector whose partner had not passed through the mask.

“This allowed an image of ‘ANU’ to be recreated, even though remarkably the atoms forming the image on the spatial detector had never interacted with the mask. That’s why the image is termed a ‘ghost’.”

Professor Ken Baldwin, also from the RSPE team, said the research may eventually be used for quality control in manufacturing microchips or nano devices.

“We might one day be able to detect in real time when a problem occurs in the manufacturing of a microchip or a nano device,” Professor Baldwin said.

Co-author Dr Sean Hodgman said on a fundamental level, the research could also be a precursor to investigating entanglement between massive particles, which could help the development of quantum computation.

“This research could open up techniques to probe quantum entanglement, otherwise known as Einstein’s spooky action at a distance,” Dr Hodgman said.