TopScience
Home Popular For a plant, the evolutionary pathways to becoming a carnivore may be... 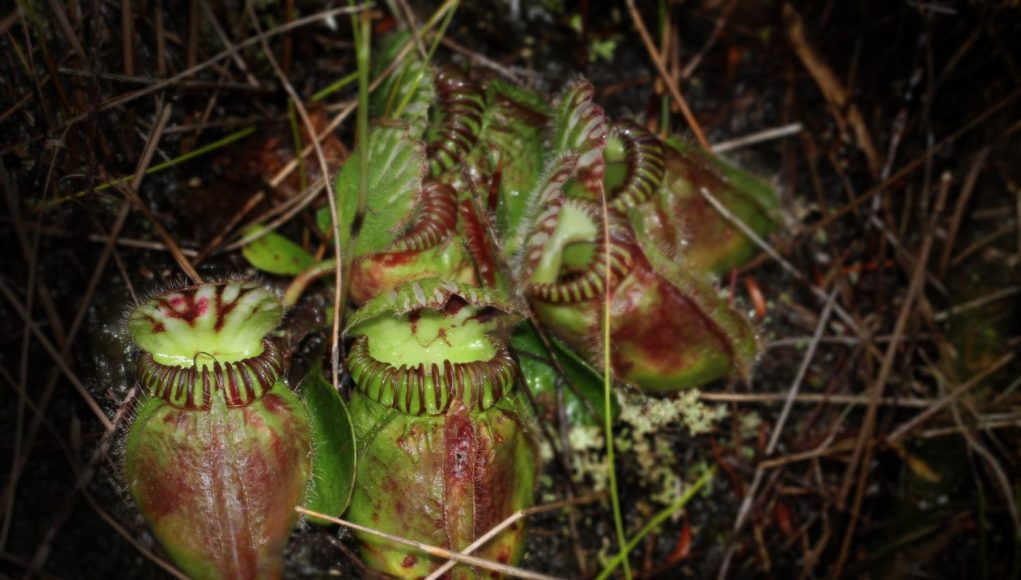 To the average plant-eating human, the thought of a plant turning the tables to feast on an animal might seem like a lurid novelty.A new study probes the origins of carnivory in several distantly related plants including the Australian, Asian and American pitcher plants, which appear strikingly similar to the human (or insect) eye. Although each species developed carnivory independently, the research concludes that the biological machinery required for digesting insects evolved in a strikingly similar fashion in all three.

The findings hint that for a plant, the evolutionary routes to carnivory may be few and far between.

“It suggests that there are only limited pathways for becoming a carnivorous plant,” says University at Buffalo biologist Victor A. Albert. “These plants have a genetic tool kit, and they’re trying to come up with an answer to the problem of how to become carnivorous. And in the end, they all come up with the same solution.”

The research, “Genome of the pitcher plant Cephalotus reveals genetic changes associated with carnivory,” it was conducted by an international team led by Mitsuyasu Hasebe, PhD, of the National Institute for Basic Biology in Japan and SOKENDAI (The Graduate University for Advanced Studies) in Japan; Kenji Fukushima, PhD, of the same institutions and the University of Colorado School of Medicine; Shuaicheng Li, PhD, of BGI-Shenzhen in China; and Albert, PhD, a professor of biological sciences in UB’s College of Arts and Sciences.

How to become a pitcher plant: a narrow evolutionary road

Pitcher plants capture insects by luring them into a pitfall trap a cupped leaf with a waxy, slippery interior that makes it difficult to climb out. A soup of digestive fluids sits at the bottom of this chamber and breaks down the flesh and exoskeletons of prey.

A genetic analysis, which included sequencing the entire genome of Cephalotus, found strong evidence that during their evolution into carnivores, each of these plants co-opted many of the same ancient proteins to create enzymes for digesting prey.

Over time, in all three species, plant protein families that originally assisted in self-defense against disease and other stresses developed into the digestive enzymes we see today, genetic clues suggest.

These enzymes include basic chitinase, which breaks down chitin the major component of insects’ hard, exterior exoskeletons and purple acid phosphatase, which enables plants to obtain phosphorus, a critical nutrient, from victims’ body parts.

Enzymes in a fourth carnivorous species, the sundew Drosera adelae, a relative of Nepenthes that is not a pitcher plant, also appeared to share this evolutionary road.

‘Constraints on the available routes’ to carnivory

The findings represent an example of convergent evolution, in which unrelated species evolve independently to acquire similar traits, say co-authors Hasebe and Fukushima.

As Fukushima explains, “Carnivorous plants often live in nutrient-poor environments, so the ability to trap and digest animals can be indispensable given the dearth of other sources of nourishment.”

It’s striking that the plants studied took such a similar route to becoming predators, the co-authors say. Convergent evolution often works this way: For example, Albert and colleagues showed in a previous study that while coffee and chocolate plants developed caffeine independently, they co-opted closely related proteins to produce caffeine.

The new study’s results “imply constraints on the available routes to evolve plant carnivory,” the authors write. This prospect is underscored by unusual commonalities between digestive enzymes in Cephalotus and Nepenthes plants.

During the course of evolution, building blocks of enzymes called amino acids are often swapped out and replaced by other amino acids. In C. follicularis and N. alata, basic chitinases and purple acid phosphatases share numerous identical or highly similar amino acid substitutions that don’t occur in non-carnivorous species, suggesting that these alterations may help these enzymes function in special, carnivorous ways.

Similarly, the enzyme RNase T2, which breaks down a material called RNA in insect cells to produce food for plants, had multiple evolutionarily convergent amino acid substitutions in C. follicularis and a common ancestor of N. alata and D. adelae.

How human brains do language: One system, two channels

How Cold Can a Living Body Get?