Wasps have trading partners and compete for the ‘best trade deals’ according to scientists from the University of Sussex.

In the study, the team from the University’s School of Life Sciences, looked at how the economic rule of ‘supply and demand’ applies to populations of paper wasps in which ‘helper wasps’ raise the offspring of dominant breeders in small social groups in return for belonging in the nest.

During the study, which was carried out in southern Spain over a period of three months, the team marked and genotyped 1500 wasps and recorded social behaviour within 43 separate nests along a cactus hedge.

By increasing the number of nest spots and nesting partners available around the hedge, the scientists discovered the helper wasps provide less help to their own ‘bosses’ (the dominant breeders) when alternative nesting options are available. The dominant wasps then compete to give the helper wasps the ‘best deal’, by allowing them to work less hard, to ensure they stay in their particular nest.

The scientists state this shows for the first-time that supply and demand theory can be used to understand helping behaviour in social insects. Traditionally scientists thought that factors within social groups, such as number of helpers and genetic relatedness, are what predominantly influences helping behaviour. However the new findings from the University of Sussex researchers show that market forces in the whole population, such as the supply of outside options, can be used to predict insect behaviour.

Dr Lena Grinsted, from the University of Sussex, said: “It is remarkable to discover that simply changing the wasps’ surrounding social environment has a clear effect on cooperative behaviour within groups.

“Our findings reveal intriguing parallels between wasp populations and our own business world: a bad deal is better than no deal, so when competition increases so does the risk that you have to accept a lower price for what you offer.

“Market forces can clearly affect trade agreements in nature, as they can in human markets: with a larger number of trading partners available, you can negotiate better trade deals.” 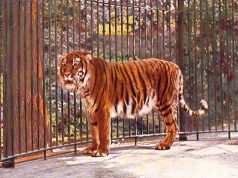 Animals retain long-term memory of the biggest and best sources of...