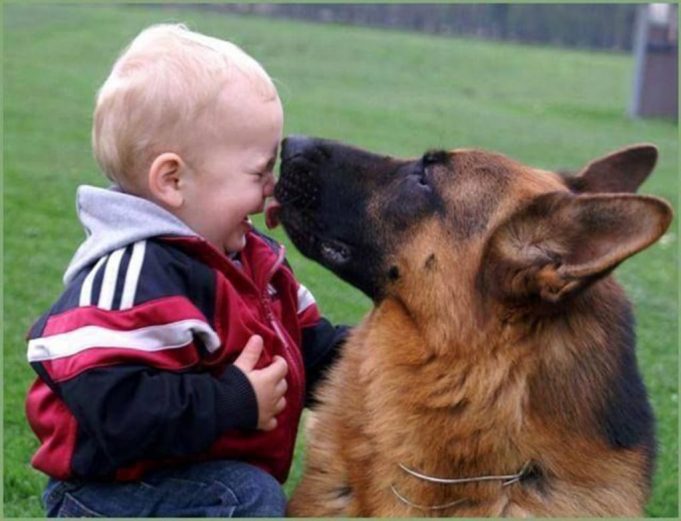 Children feel like they get more out of their relationships with their pets than they do their brothers and sisters, a new study suggests.This research only factored in 77 children in the UK, so we can’t read too much into it just yet, but it adds to the growing body of evidence for the crucial role that pets play in our wellbeing and happiness – something that scientists have long overlooked.

First off, no one is suggesting that pets can replace the valuable role that siblings play in people’s lives – and asking children to rate their relationships isn’t the most objective way of measuring the important of a relationship.

Instead, the researchers were looking to find out more about how having pets in the family can influence kids’ wellbeing and development as they grow up.

Despite the fact that pets are almost as common as siblings in western households, this is one of the first studies to look into the importance of child-pet relationships.

”Anyone who has loved a childhood pet knows that we turn to them for companionship and disclosure, just like relationships between people,” said lead researcher Matt Cassells from the University of Cambridge in the UK.

“We wanted to know how strong these relationships are with pets relative to other close family ties. Ultimately this may enable us to understand how animals contribute to healthy child development.”

To figure this out, the team surveyed 77 12-year-olds from different families in the UK. The participants included a mix of girls and boys, but all the kids had at least one pet at home, and one or more siblings.

To get an understanding of how well the children related to their pets, the researchers adapted something called the Network of Relationships Inventory – a well-established psychological tool that measures the quality of people’s relationships.

They found that children reported having stronger relationships with their pets than their siblings, as well as lower levels of conflict – these results were particularly seen in kids with dogs.

This test is by no means objective – as children, we often fight with our siblings, and at times feel like they barely understand us. So asking a 12-year-old how much satisfaction they get from their sibling relationships is fraught with complications.

But at this early stage in the research, the team wasn’t looking for a definitive answer on the importance of relationships – instead they wanted to know how valuable kids felt their pets were to them. And the results suggest they play a big role in their lives.

”Even though pets may not fully understand or respond verbally, the level of disclosure to pets was no less than to siblings,” said Cassells.

“The fact that pets cannot understand or talk back may even be a benefit as it means they are completely non-judgmental.”

The team also showed that girls reported having closer relationships with their pets than boys did – although both sexes were equally satisfied with their animals.

“While previous research has often found that boys report stronger relationships with their pets than girls do, we actually found the opposite,” said Cassells.

There’s a lot more research that needs to be done into this space to tease out just how beneficial pets really are to families, but it’s not the only study looking into this question.

At the end of last year, a group of psychiatrists published a paper that showed pets can have enormous and measurable benefits for people with mental illness.

“We actually haven’t been taking this issue of pets seriously, and that’s actually something that’s picked up in this research here,” health science director Janette Young from the University of South Australia, who wasn’t involved in the research, told ABC News at the time.

“I’ve had people ask, ‘is that serious research?’ But I think pets are amazing … Pets are, it seems to be, this amazing untapped and unrecognised resource.”

For kids specifically, previous studies have shown that not only do pets encourage the development of children with autism, they also reduce anxiety and stress levels in all children.

“Evidence continues to grow showing that pets have positive benefits on human health and community cohesion,” said team member Nancy Gee from WALTHAM centre for pet nutrition – an institute that is co-owned by Mars Petcare, so it’s important to note that there’s vested interest in this research.

“The social support that adolescents receive from pets may well support psychological well-being later in life but there is still more to learn about the long term impact of pets on children’s development.”

We’re only just beginning to touch on the tangible and measurable scientific benefits of pets, but we’re glad it’s something researchers are finally taking seriously.

A glimpse into the workings of the baby brain