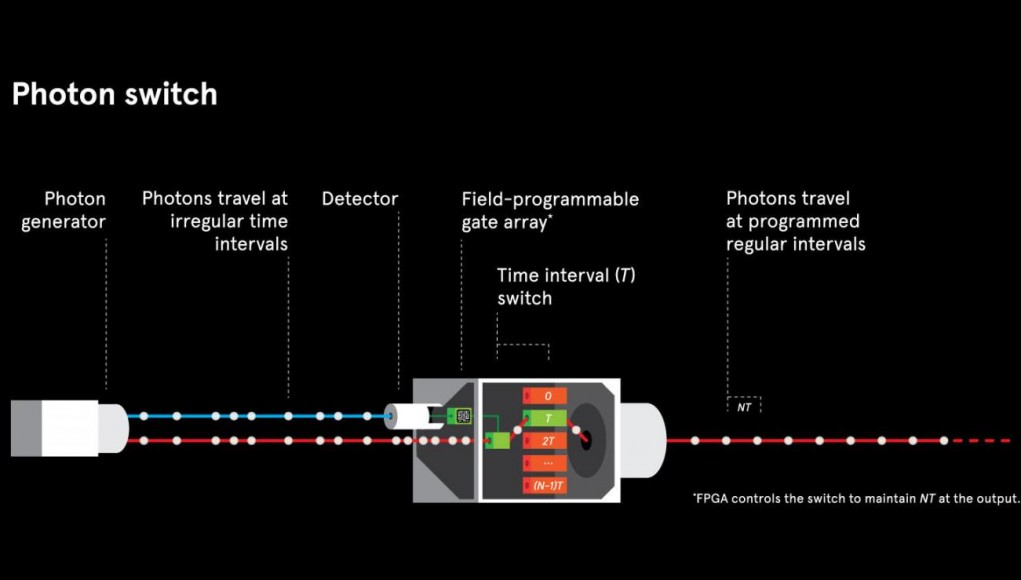 With enough computing effort most contemporary security systems will be broken. But a research team at the University of Sydney has made a major breakthrough in generating single photons (light particles), as carriers of quantum information in security systems.

The collaboration involving physicists at the Centre for Ultrahigh bandwidth Devices for Optical Systems (CUDOS), an ARC Centre of Excellence headquartered in the School of Physics.

The team’s work resolved a key issue holding back the development of password exchange which can only be broken by violating the laws of physics. Photons are generated in a pair, and detecting one indicates the existence of the other. This allows scientists to manage the timing of photon events so that they always arrive at the time they are expected.

“Quantum communication and computing are the next generation technologies poised to change the world.”

“Implementing optical quantum technologies has now come down to one fundamental challenge: having indistinguishable single photons on-demand,” he said.

“This research has demonstrated that the odds of being able to generate a single photon can be doubled by using a relatively simple technique and this technique can be scaled up to ultimately generate single photons with 100% probability.”

CUDOS director and co-author of the paper, Professor Ben Eggleton, said the interdisciplinary research was set to revolutionise our ability to exchange data securely along with advancing quantum computing, which can search large databases exponentially faster.

“The ability to generate single photons, which form the backbone of technology used in laptops and the internet, will drive the development of local secure communications systems — for safeguarding defence and intelligence networks, the financial security of corporations and governments and bolstering personal electronic privacy, like shopping online,” Professor Eggleton said.

“Our demonstration leverages the CUDOS Photonic chip that we have been developing over the last decade, which means this new technology is also compact and can be manufactured with existing infrastructure.”

Co-author and Professor of Computer Systems, Philip Leong, who developed the high-speed electronics crucial for the advance, said he was particularly excited by the prospect of further exploring the marriage of photonics and electronics to develop new architectures for quantum problems.

“This advance addresses the fundamental problem of single photon generation — promises to revolutionise research in the area,” Professor Leong said.