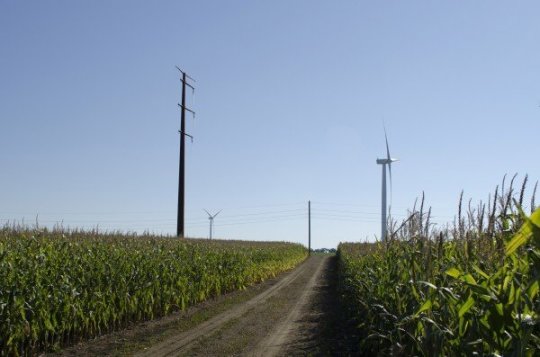 An incentive program that shifts electricity usage for low-priority activities to nonpeak times could save money for utilities companies and consumers, according to assistant professor Tim Hansen of South Dakota State University Department of Electrical Engineering and Computer Science.

Through a $153,689 National Science Foundation grant, Hansen will examine how an end-user distribution plan could help balance the demand for electricity and ease pressure on aging transmission lines. He will collaborate with Colorado State University researchers, who received a separate NSF award. Total funding for the three-year project is $425,000.

“This project is a formal method for trying to balance consumption with minimal intrusiveness based on customer willingness to reduce electricity demand during peak times,” explained Hansen. That could mean, for instance, changing the time and day they do laundry.

Utilities companies pay less for nonpeak energy because more efficient generators, including renewables, such as wind and solar, are in use, Hansen pointed out. Consequently, utilities can pass those savings on to consumers through discounted rates for those who agree to alter their energy usage habits. “Reducing usage at peak times can help keep our rates low,” he said.

Hansen described three facets of power — generation, transmission and distribution. “What most people see is the distribution side,” he said, pointing to the outlets on the wall.

Constructing a new power line can take more than a decade from planning to approval and then installation, he pointed out. In the meantime, new gadgets and devices increase the demand for power, but transmission lines cannot handle the increased load.

The research project takes a simulation-based approach. “We know how the power market works and energy prices are assigned,” he said. That is then paired with how consumers normally use energy.

Using algorithms, the researchers will determine when and how much energy must be shifted to balance the energy draw and reduce pressure on the transmission grid. Two doctoral students will work on the project.

“We will determine if this is a viable option for operators to look into,” Hansen said. The researchers are also working with the University of Technology of Belfort-Montbéliard in France, the National Renewable Energy Lab, Siemens Corporation and a Fort Collins, Colorado, utilities company.

Hansen and project collaborators associate professors Siddharth Suryanarayaran of Colorado State and Robin Roche of the University of Technology of Belfort-Montbéliard published a book, “Cyber-Physical-Social Systems and Constructs in Electric Power Engineering,” this year.

“We’re looking not only at the market, but at the environmental impact,” Hansen noted. Carbon emissions will also be calculated for energy generation to determine reduction in greenhouse gases.

New material can change form, fold and actuate by itself