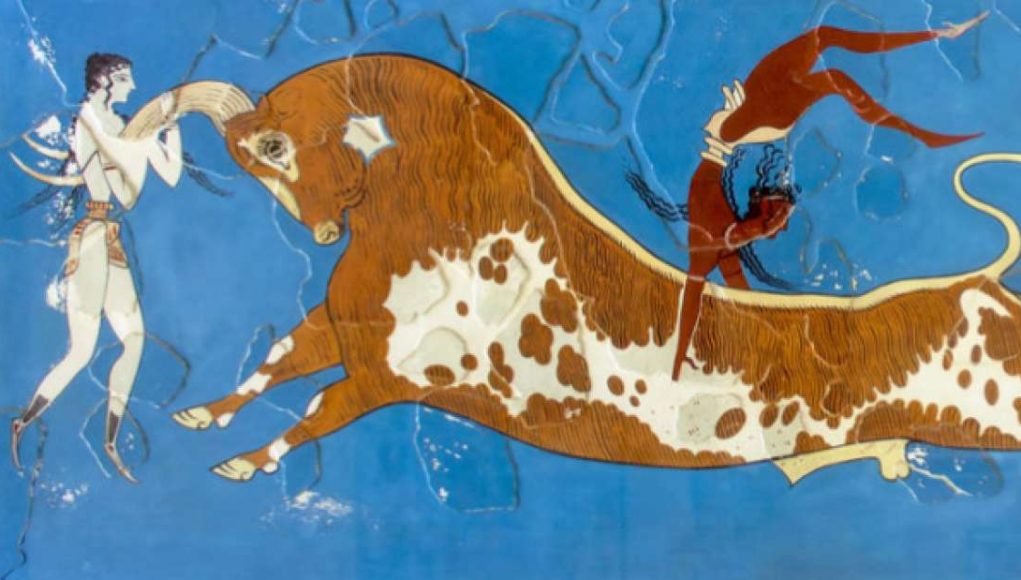 Throughout the epic poetry of Homer’s Iliad and Odyssey, the Ancient Greeks proudly boasted about their Mycenaean ancestors. But within these tales, the Mycenaeans hold a legendary – almost mythological – status, making it very uncertain whether this supposed ancestry was the stuff of fantasy or reality.

Scientists have now obtained and analyzed the genome of ancient Mycenaean people and found they are strongly related to modern Greeks.

Digging further back into the genome, the Mycenaeans were also shown to be related to the Minoans, a Bronze Age civilization on the island of Crete, which flourished before Mycenaea. The Minoans have often been declared the first proper civilization of Europe, who led the way for the Mycenaeans to enter mainland Greece and eventually become the famed Classical Greeks.

This trail of genetics doesn’t end just there. Around three-quarters of the Mycenaeans’ and Minoans’ ancestry originated in Anatolia, present-day Turkey. The remaining quarter can be traced back to the Caucasus, near modern-day Iran. Modern Greeks, in turn, can trace their ancestry back to here.

“Minoans, Mycenaeans, and modern Greeks also had some ancestry related to the ancient people of the Caucasus, Armenia, and Iran. This finding suggests that some migration occurred in the Aegean and southwestern Anatolia from the further east after the time of the earliest farmers,” lead author Iosif Lazaridis said in a statement.

The study, published Wednesday in the journal Nature, is part of a massive collaboration between University of Washington, the Harvard Medical School, the Max Planck Institute for the Science of Human History, Howard Hughes Medical Institute, as well as Turkish and Greek archaeologists.

Most of what we know about ancient European civilizations is from impressionistic literature and scattered bits of archaeology, so the use of this “harder” scientific evidence is pretty exciting for researchers. They obtained the DNA from the teeth of 19 ancient Minoan and Mycenaean individuals then compared it to the 330 other ancient genomes and over 2,600 genomes of present-day humans from around the world.

Although a professor of genome sciences and medicine by trade, senior author George Stamatoyannopoulos explains his interest in this study came from the mystery surrounding this period of history.

He added, “For over 100 years, many hotly contested theories have circulated concerning the origin of the inhabitants of Bronze Age, Classical, and modern Greece,” Stamatoyannopoulos said, “including the so-called ‘Coming of the Greeks’ in the late second millennium, the ‘Black Athena’ hypothesis of the Afroasiatic origins of Classical Greek civilization, and the notorious theory of the 19th century German historian Fallmerayer, who popularized the belief that the descendants of the ancient Greeks had vanished in early Medieval times.”

Although questions remain, it looks like this part of the ancient Greeks’ mystery has finally been solved.

One scientist may have already found a cure for cancer