A new drug that “wakes up” the immune system to attack cancer has extended the lives of people with metastatic pancreatic cancer and has no side-effects, raising hopes for a new and powerful tool against the most intractable form of the disease.

The drug, IMM-101, is considered groundbreaking because pancreatic cancer that has spread to other parts of the body usually kills within a few months.

Analysis What is immunotherapy?

Unlike other immunotherapy treatments, IMM-101 is not thought to have any side-effects, which have been hugely debilitating for many patients and even led to long-term disability in some cases.

The patients who were given the new immunotherapy drug actually felt better than those who were on standard chemotherapy, said Angus Dalgleish, professor of oncology at St George’s, University of London, who led the research. 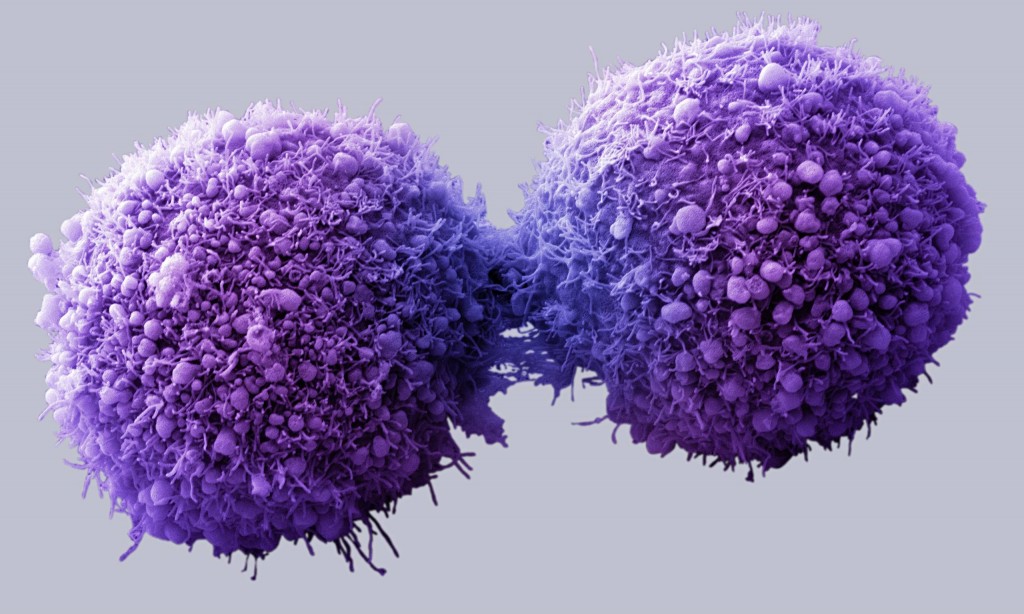 Dalgleish is excited by the potential of the immunotherapy drug, although the trial is relatively small, involving 110 people. Only 18% of patients with advanced pancreatic cancer are alive after one year and 4% after five years, so new treatments for the disease are badly needed.

“To me it’s really exciting,” said Dalgleish. “This is the first time we have got an immunotherapy that is a really good candidate to help control pancreatic cancer, which is one of the biggest killing diseases. Its incidence nearly matches its mortality. It is absolutely staggering.”

Most importantly, the drug worked on the immune system without any toxic effects. “That’s never been seen before,” he said. “You always add toxicity and misery in my experience with each additional thing you put in.”

Adding IMM-101 to the standard chemotherapy drug patients receive, gemcitabine, did not benefit those patients whose pancreatic cancer had spread locally, but it improved the lifespan of those whose cancer was metastatic – it had progressed into other parts of the body – and would be expected to die quickly.

The results are published in the British Journal of Cancer. Most of the patients – 85% – had metastatic disease. Those who were just given the standard chemotherapy drug survived for a median of 4.4 months, but those who had the IMM-101 immunotherapy drug as well survived for seven months. But some lived for more than a year and one died after nearly three years.

Immunotherapy drugs have produced exciting results in skin and lung cancer, but not in pancreatic tumours, which are “very deep and very shielded” from their effects, said Dalgleish.

IMM-101 re-awakens the immune system that the cancer has effectively switched off. Pancreatic tumours have an outer shell of cells which act like a shield. IMM-101 activates the immune system, enabling it to recognise and target the tumour so that the chemotherapy drug can work.

“It’s rather like depth-charging the immune system which has been sent to sleep,” said Dalgleish. It is very different in its mode of operation from the checkpoint inhibitors, which turn on the immune system in a way that causes it to kill cancer cells but often attack healthy tissue too. It is also given by a simple injection and is far cheaper than the checkpoint inhibitors.

Dalgleish says the immunotherapy drug could have uses in a wide variety of cancers. He carried out an earlier study using IMM-101, which contains a killed bacterium, on skin cancer patients. “In my melanoma patients in particular, patients have shown greatly increased survival rates and enjoy a much better quality of life. In some patients I’ve actually seen the cancer disappearing altogether,” he said.

The overall survival benefit, however – adding in all of the 110 patients – was not significant. Those who had IMM-101 survived a median of 6.7 months compared with 5.6 months for those just on chemotherapy.

That was because those patients in the pancreatic cancer trial who had locally advanced disease – 18 out of the total of 110 – appeared to do better without the immunotherapy drug. Survival was a median of 6.7 months with IMM-101 and 9.2 months without it. Those numbers are small, which makes it hard to conclude anything from them, but Dalgleish says metastatic cancer is in effect a different disease. A new and bigger trial is being planned which will include only patients with metastatic pancreatic cancer.

The study was supported by the Institute for Cancer Vaccines and Immunotherapy from the earliest stages. Harry Cotterell, chair of trustees, said: “These are exciting results and support our hope that immunotherapy will in future become a generally accepted treatment for a wide range of cancers, improving both survival rates and quality of life.”

Other cancer experts welcomed the development of an immunotherapy drug without side-effects, but pointed to the absence of a definitive overall survival benefit for all patients.

Dr Justine Alford, Cancer Research UK’s senior science information officer, said: “While the results of this early trial didn’t show whether combining the immunotherapy drug with standard chemotherapy actually improved survival, they showed the combination treatment was safe and might help some patients. Further research with more patients is needed to develop therapies that can improve survival. Pancreatic cancer is difficult to treat and survival still remains low, which is why new treatments are urgently needed.”

Kevin Harrington, professor of biological cancer therapies at the Institute of Cancer Research in London, and a consultant at the Royal Marsden, said: “This looks like a very interesting approach. It is different. It appears to be extremely well-tolerated and it has led to something that looks interesting in terms of survival but it hasn’t quite got there.”