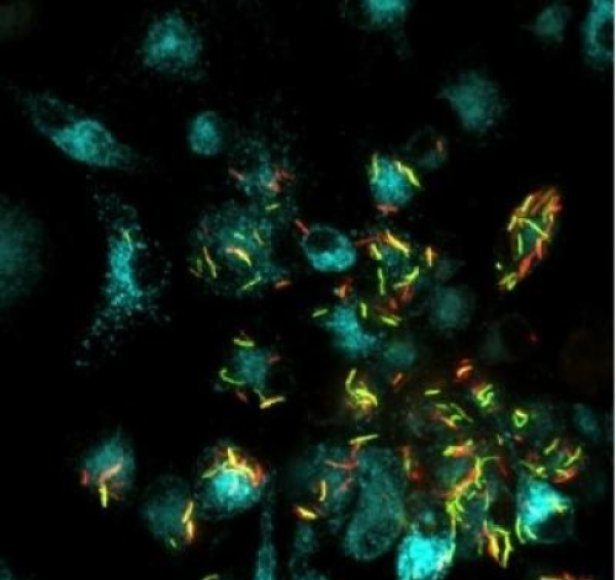 An ancient Chinese herbal remedy that became instrumental in fighting malariacould play a major role in treating another of the world’s deadliest diseases – tuberculosis (TB).

The compound, called artemisinin, comes from a form of wormwood known as Artemisia annua, and its identification as an effective malaria treatment led to a Nobel prize for Chinese pharmaceutical chemist Tu Youyou in 2015. Now, new research shows the molecule could also help us to control the bacteria that causes tuberculosis.

The team, led by microbiologist Robert Abramovitch from Michigan State University, screened more than 500,000 different compounds in the lab, and found that artemisinin is capable of blocking a defensive mechanism used by the TB-causing bacterium, Mycobacterium tuberculosis (Mtb).”When TB bacteria are dormant, they become highly tolerant to antibiotics,” says Abramovitch.

“Blocking dormancy makes the TB bacteria more sensitive to these drugs and could shorten treatment times.”

Mtb needs oxygen to thrive in its human hosts, so one of the things our immune system does to combat the infection is try to deprive it of oxygen, building up a tissue structure called granuloma.

Unfortunately, doing this isn’t enough to actually kill Mtb, which shifts into a survival mode when it senses that oxygen levels are low.

“When the Mtb is starved of oxygen, it goes into a dormant state, which protects it from the stress of low-oxygen environments,” Abramovitch says.

So the researchers went looking for molecules that might somehow prevent Mtb from sensing the oxygen deprivation. The idea was to stop the bacteria from becoming dormant, so that it would be more susceptible to antibiotics.After analysing some 540,000 compounds, Abramovitch and his team found six different chemical inhibitor molecules that target Mtb’s oxygen sensor in various ways.

In the case of artemisinin, the compound attacks an Mtb molecule called heme.

When heme is disrupted, it’s effectively like turning Mtb’s oxygen sensor off – which hypothetically should increase the bacteria’s vulnerability to TB treatments.

“If Mtb can’t sense low oxygen,” says Abramovitch, “then it can’t become dormant and will die.”

In other words, artemisinin could significantly speed up the delivery of existing antibiotics, and in the case of TB, that shorter treatment window could make all the difference.

Thanks to Mtb’s dormancy mechanism, the disease can take up to six months to cure, which makes TB an extremely hard infection to control.

“Patients often don’t stick to the treatment regimen because of the length of time it takes to cure the disease,” says Abramovitch.

“Incomplete therapy plays an important role in the evolution and spread of multi-drug resistant TB strains.”

While it’s a promising start, the scientists acknowledge that there’s a lot more research to be done before we can use artemisinin in TB treatments.

“[W]e must note that tests in humans are a long way away… we would have to conduct more studies, including to assess the interactions of the compounds we have identified with TB drugs,” Abramovitch told Léa Surugue at International Business Times.

“If we used artemisinin, we would have to make sure that resistance to this medicine does not develop, as is the case today for some malaria patients.”

But despite the long road ahead, there’s no doubt that this ancient Chinese remedy – and the five other newly discovered compounds – could prevent a huge amount of human misery if they’re shown to work safely and effectively in subsequent trials.

“This new method of targeting dormant bacteria is exciting because it shows us a new way to kill it.”

Regular aspirin use may reduce risk for pancreatic cancer